Negros Occidental will have an Enchanted Kingdom soon.
This was confirmed yesterday by Board Member Patrick Lacson, who stressed that a recreation complex would be put up in Talisay City by summer of next year.

He said that Bacolodnons and Negrenses don’t have to travel to Manila anymore to enjoy the rides once the Enchanted Kingdom will be put up in the third district.

Lacson, chairman of the Sangguniang Panlalawigan Committee on Tourism, said that it would improve the tourism industry of the province, adding that it would generate jobs for the people.

More than 2,000 people would be hired, he said, emphasizing that it would increase the economic development of Negros Occidental, including the transport sector, hotels and restaurants.

He said that a group of private companies, which were invited by 3rd District Representative Alfredo Abelardo “Albee” Benitez, would invest in the recreation complex in Barangay 14, Talisay City.
He said that the land, where the Enchanted Kingdom will rise, is owned by the family of Interior and Local Government Secretary Mar Roxas.

Meanwhile, Lacson said that the province has enough tourist destinations, stressing that his objective is how to increase the number of visitors in Negros Occidental.
He said that the province has all the ingredients, including the natural destinations, parks, mountains, hotels and resorts, golf courses, white sand beaches, historical landmarks, popular festivals, good food and most especially the unique Negrense hospitality.

“It is important that the Negrenses should see the value of tourism and as to how it could improve our livelihood and our local economy,” he further stressed./WDJ 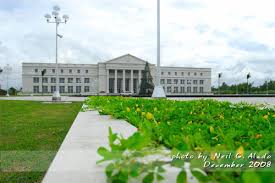 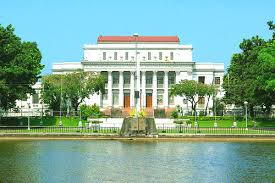 very nice city! hope to get there very soon!

NEGROS Occidental Governor Alfredo Marañon, Jr. said the Capitol is expecting the court to finally decide on October the case for certiorari filed by SM Prime Holdings, Inc. (SMPHI) against the Provincial Government, arising from the lease and sale of the province’s 7.7-hectare properties.

The governor made the statement after being informed by lawyer Mary Ann Lamis of the Provincial Legal Office that SMPHI had rested its case, which means it will no longer present any evidence or witnesses.

Lamis, who represents members of the Provincial Bids and Disposal of government properties, said that SMPHI was expected to present another witness, but it failed, and instead rested its case.

The company has not also presented its rebuttal evidence, Lamis added.

Lacson also said at this time, the Municipal Government is undertaking a feasibility study for the port development to serve as an alternative gateway between Negros island and Iloilo province, through Banate, Iloilo.

The mayor further said that the study may take three months to be completed and it will determine whether there will be a guaranteed return of investment in case the port will be developed.

It has to be determined whether water depth is suitable for the envisioned Ro-Ro port.

Lacson reiterated the realization of a Ro-Ro port in Barangay Tuburan can also improve the trade between Iloilo and Negros islands, especially in transporting sugar.

It could also be an alternative passenger route for those coming from the northern part of Negros Occidental who find the Bacolod port too far, he pointed out.

Lacson, meanwhile, said that despite the continuous rains the past few days, EB Magalona is no longer flooded.

He recalled that usually the poblacion and those near the waterways are flooded due to massive rain.

This development is due to the dredging efforts being exerted by the locality, through the equipment borrowed from the Provincial Government.

Lacson said the dredging of the waterways will be completed by next month and they will return the dredging equipment to the province for use by other localities.